Ahsan Kareem, co-PI of the NHERI SimCenter, and Robert Moran Professor of Civil & Environmental Engineering & Earth Sciences at the University of Notre Dame, has been selected as the 2019 recipient of the Ernest E. Howard Award by the American Society of Civil Engineers (ASCE). The award is granted annually to a member of the ASCE who has made significant contributions to the advancement of structural engineering in regard to research, planning, design or construction.

Internationally known for his expertise in wind and structural engineering, Kareem has made a major impact in advancing the state-of-the-art in wind effects on structures through the characterization and formulation of wind load effect. He is a distinguished member of ASCE and a member of the U.S. National Academy of Engineering.

Sanjay Govindjee, PI and co-Director of the SimCenter, stated that “This is a fitting recognition of Ahsan’s many, many contributions to the field. The SimCenter is very pleased to be able to count him has a co-PI and major contributor to the SimCenter’s products.” 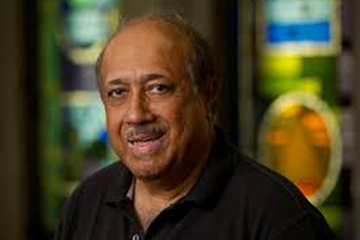